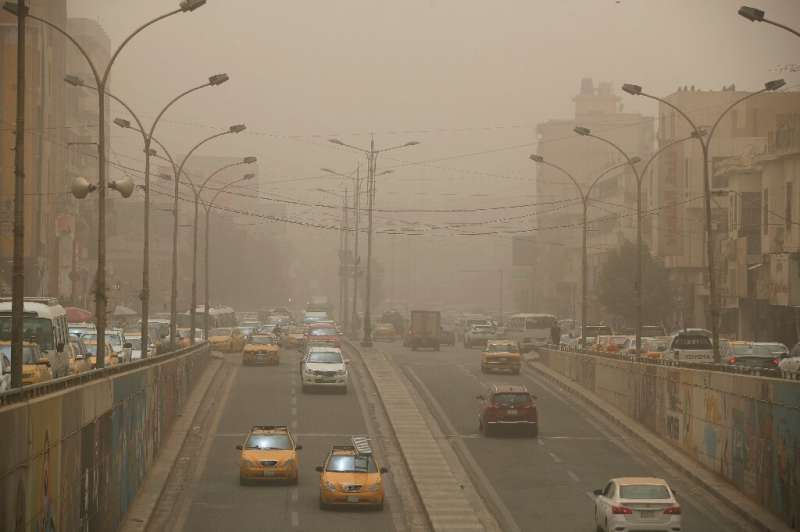 Iraq temporarily closed Baghdad airport Monday as choking clouds of dust blanketed the capital, the latest crippling sandstorm in a country that has warned climate change poses an “existential threat”.

It was the tenth such storm since mid-April to hit Iraq, which has been battered by intense droughts, soil degradation, high temperatures and low rainfall linked to climate change.

Iraq, which is entering the scorching summer season when temperatures at times surpass 50˚Celsius (122˚F), is ranked by the United Nations as one of the world’s five most vulnerable nations to climate change and desertification.

The environment ministry has warned that over the next two decades Iraq could endure an average of 272 days of sandstorms per year, rising to above 300 by 2050.

The World Bank warned in November that Iraq could suffer a 20% drop in water resources by 2050 due to climate change.