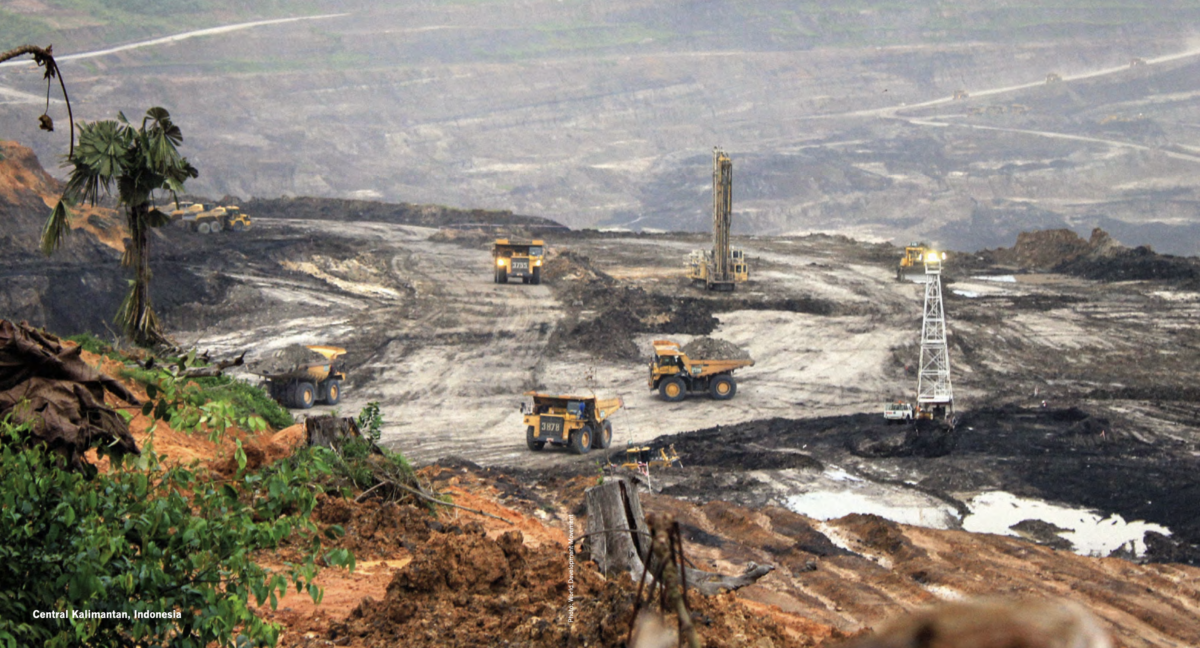 58.2% of 76.7% is 45%, therefore industrial mining in Indonesia accounts for 45% of global tropical deforestation.

For Indonesia, Brazil and Ghana, tropical deforestation from industrial mining peaked from 2010–2014 but continues today. Coal mining in Indonesia in particular doubled in this time period as output grew to match increased demand from China and India. The scope of forest destruction in the country stood out in the study, especially in East Kalimantan which lost 19% of its tree cover in the past two decades. The province, the center of coal mining for the country, hosts the construction site of the future national capital Nusantara, a city being built where a timber plantation once stood—and a tropical forest before that.

“There is a broad range of environmental damage caused by mining operations on top of deforestation, including destruction of ecosystems, loss of biodiversity, disruption of water sources, the production of hazardous waste and pollution,” said Stefan Giljum, lead author of the study and associate professor at the Institute for Ecological Economics, Vienna University of Economics and Business.