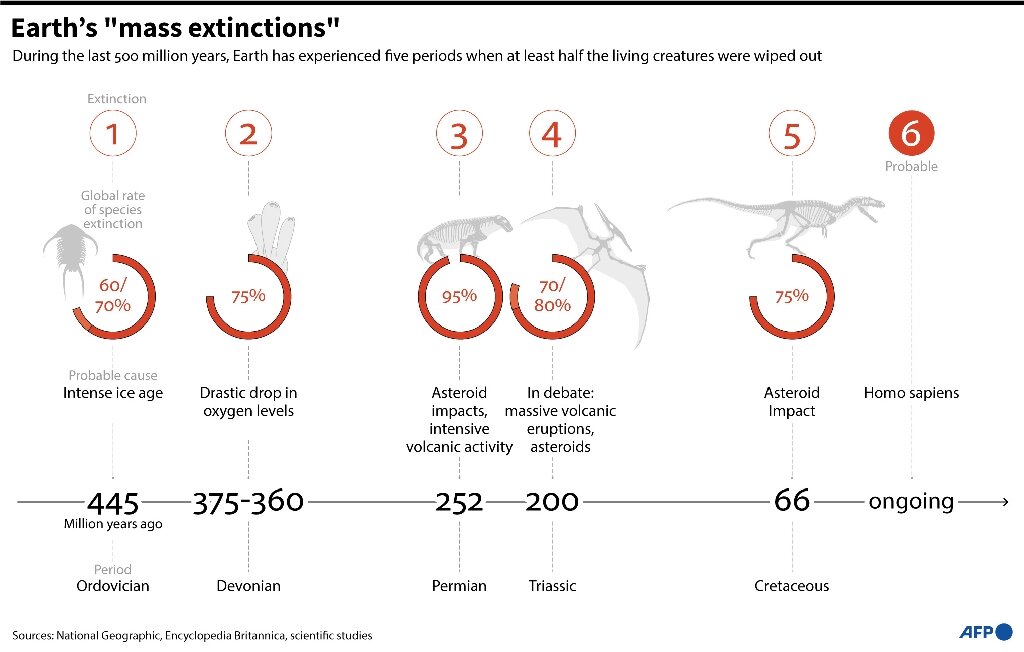 Efforts to halt decline of population & diversity of animals & plants have largely failed.

28% of the 138,000 species assessed by the International Union for the Conservation of Nature (IUCN) are now at risk of extinction, including 37% of sharks & rays.

In 2019 the UN’s biodiversity experts warned that a million species are on the brink of extinction—raising the spectre that the planet is on the verge of its sixth mass extinction event in 500 million years.