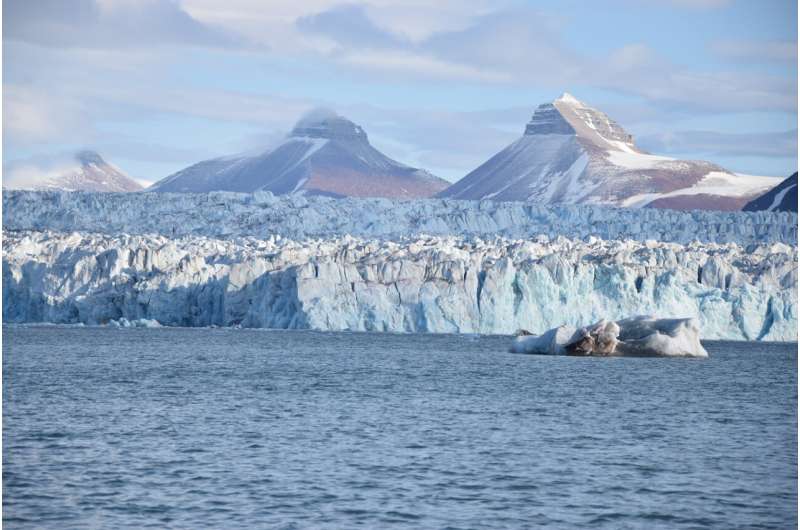 The Arctic continues to warm more than twice as fast as the rest of the globe.

Summer 2021 saw the second-lowest amount of older, multi-year ice since 1985, and the post-winter sea ice volume in April 2021 was the lowest since records began in 2010.

Seven of the nine Arctic regions observed showed higher ocean primary productivity in 2021 than the long-term average (2003-20). All regions continue to exhibit positive trends over the 2003-21 period, with the strongest trends in the Eurasian Arctic and the Barents Sea.

Terrestrial snow cover in the Eurasian Arctic in June 2021 was the 3rd lowest since records began in 1967. In the North American Arctic, snow cover has been below average for 15 consecutive years.

The Greenland Ice Sheet experienced three extreme melt episodes in late July and August. On August 14, 2021, rainfall was directly observed at the 10,500-foot Summit Station for the first time ever.

Exceptionally high midsummer productivity was observed in 2021 across the tundra. Satellites provide unequivocal evidence of widespread tundra greening, but extreme events and other drivers of local-scale “browning” have also become more frequent, highlighting regional disruption as an increasing component of Arctic change.

Beavers are colonizing the Arctic tundra of western Alaska, transforming lowland tundra ecosystems and degrading permafrost by increasing the amount of unfrozen surface water on the landscape in winter.

The long-term observations for Eurasian and North American Arctic river discharges demonstrate an upward trend, providing evidence for the intensification of the Arctic hydrologic cycle. In 2020, the combined discharge of the eight largest Arctic rivers was ~12% greater than the average over the 1981-2010 reference period.

Retreating glaciers and thawing permafrost are causing local to regional-scale hazards that threaten lives and livelihoods, infrastructure, sustainable development, and national security. There is an urgent need for broad-scale hazard identification and assessment across the Arctic.

During 2020, the Bering Strait region of Alaska experienced a marine debris event that brought garbage ashore that was different from the types and amounts typically observed, most associated with foreign ship traffic through the region.

Arctic shipping traffic between the Pacific and Atlantic Oceans continues to increase and with it, ambient marine noise levels are increasing in the frequency bands used by marine mammals.