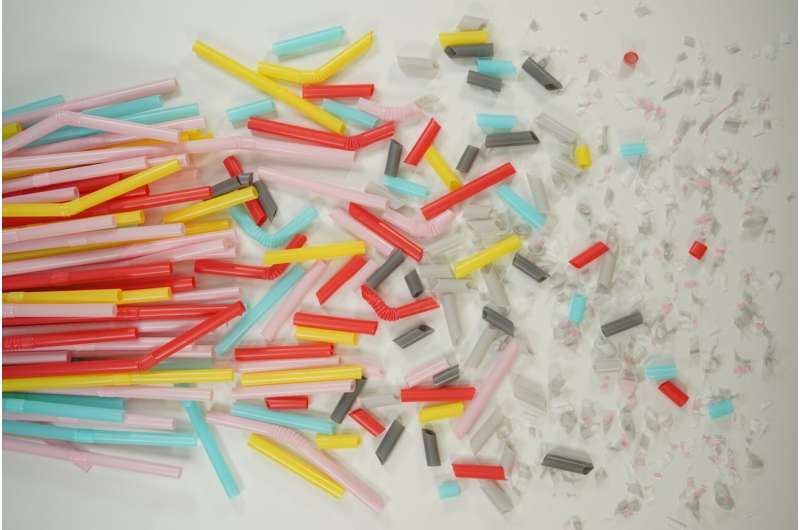 Microplastics are being transported to some of the most remote places on Earth by the wind, according to new research involving the University of East Anglia. A new study published today in Nature Reviews Earth & Environment shows how wind transports these particles great distances, and much faster than water can.

In the atmosphere, these microscopic pieces of plastic can travel from their point of origin to the most remote corners of the planet in a matter of days.

Dr. Mayes said: “Microplastics get into the atmosphere through human activities. Particles produced by tires and brakes in road traffic, or by the exhaust gases from industrial processes, rise into the atmosphere, where they are transported by winds.”

“We found that the atmosphere predominantly transports small microplastic particles, which makes it a much faster transport route that can lead to substantial deposits in a broad range of ecosystems.”

The team discovered that up to 25 million metric tons of micro and nanoplastics are being transported thousands of kilometers a year by ocean air, snow, sea spray and fog—crossing countries, continents and oceans in the process.

And according to their estimates, this could reach 80 million metric tons per year by 2040.

Prof Peter Liss, from UEA’s School of Environmental Sciences, said: “In contrast to the usual assumption that microscopic pieces of plastic enter the ocean down rivers, our work makes the case for the significance of the atmosphere as an alternative route of entry.”