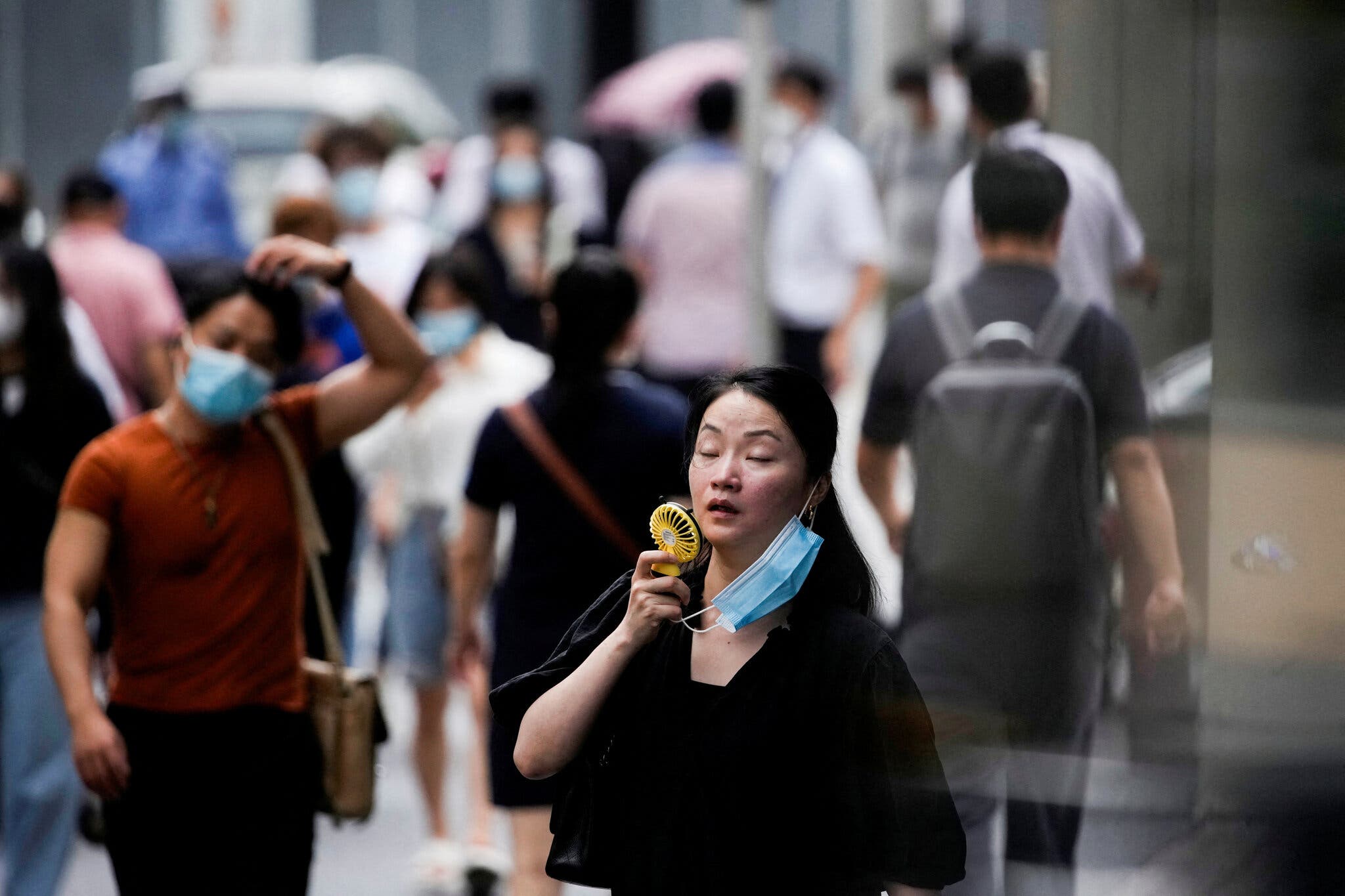 More than 900 million Chinese, about 65% of the population, are living under some kind of heat warning.

Temperatures have reached, or exceeded, the highs that have recently tormented parts of Europe and the United States.

Between June and mid-July, officials across the country have issued more than 15,000 high-temperature warnings, including more than 2,000 predicting temperatures would exceed 40˚C (104˚F).

In the southern metropolis of Guangzhou, the government has asked residents to use large appliances less so the electrical grid is not overwhelmed as the city battles its longest heat wave since 1951.

In the coastal city of Fuzhou, temperatures exceeded 41˚C (106˚F), for an unprecedented three days in a row.