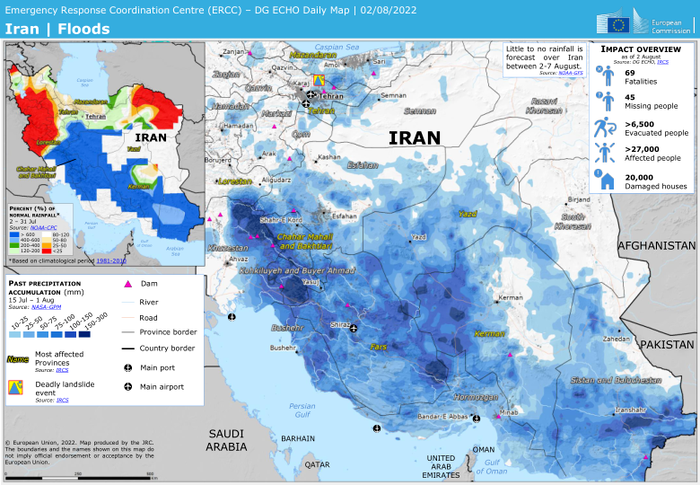 Heavy rains in Iran have set off flash floods and landslides in 21 of the country’s 31 provinces, killing at least 53 people, heavily damaging hundreds of villages, cutting off access to major roads and forcing the evacuation of an ancient city.

The monsoon-like rains, unusual for the typical dry summer season in much of Iran and the Middle East, fit a pattern of unpredictable and extreme weather around the world.

The United Arab Emirates has also experienced torrential, record-breaking rainfall in the past few days, with floods ravaging roads, shops and cars. The emirates of Ras Al Khaimah, Sharjah and Fujairah are being hit the worst, with Fujairah seeing the largest rainfall in nearly three decades, according to local officials and media reports.