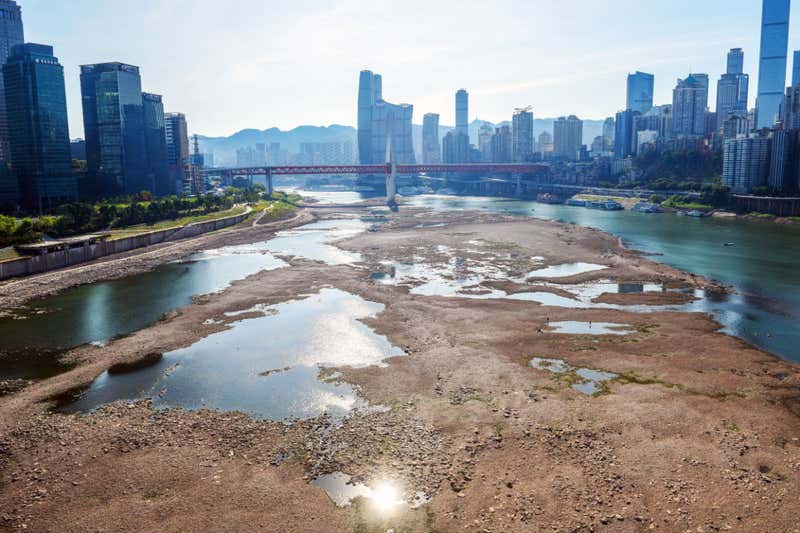 People in large parts of China have been experiencing two months of extreme heat. Hundreds of places have reported temperatures of more than 40°C (104°F), and many records have been broken.

It is the longest and hottest heatwave in China since national records began in 1961.

“This combines the most extreme intensity with the most extreme length with an incredibly huge area all at the same time,” he says. “There is nothing in world climatic history which is even minimally comparable to what is happening in China.”

Together with the extreme heat, low rainfall in parts of China has led to rivers falling to low levels, with 66 drying up completely. In parts of the Yangtze, water levels are the lowest since records began in 1865.

Hydroelectricity generation has fallen because of the low water levels. Sichuan has been especially affected because it normally gets 80% of its electricity from hydropower. Thousands of factories in the province have had to cease operations because of electricity shortages amid high demand for air conditioning. Offices and shopping malls were also told to reduce lighting and air conditioning to save power.

In Sichuan alone, 47,000 hectares of crops are reported to have been lost and another 433,000 hectares damaged.

China is far from the only place affected by drought. Europe is having what may be its worst drought in 500 years. There is also a drought in the Horn of Africa, and across much of the US and Mexico.