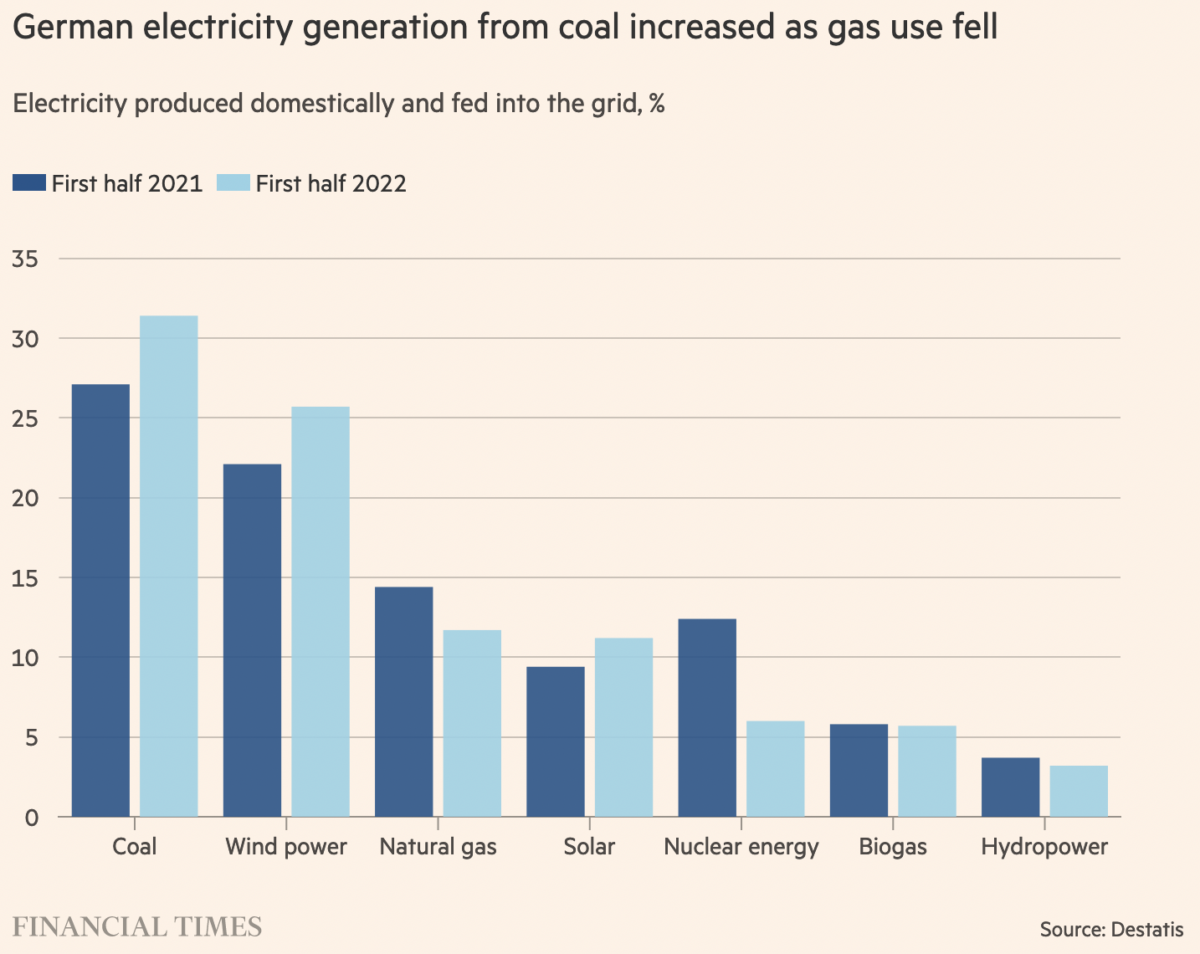 Germany is relying on highly polluting coal for almost a third of its electricity, as the impact of government policies and the war in Ukraine leads producers in Europe’s largest economy to use less gas and nuclear energy.

Chancellor Olaf Scholz said the opposition CDU bore “complete responsibility” for the exit from coal and nuclear power that formed part of his predecessor Angela Merkel’s Energiewende policies, which in turn raised reliance on Russian gas. At the beginning of this year, more than 50% of Germany’s gas imports came from Russia, a figure that fell slightly over the opening half of 2022.

Electricity generation from nuclear energy has already halved after three of the six nuclear power plants that were still in operation at the end of 2021 were closed during the first half of this year. Berlin said on Monday it would keep on standby two of its remaining three nuclear power stations, which were all due to close at the end of the year.

Economists still expect a recession in the eurozone’s largest economy as a large part of the impact comes via higher prices and because industries and households still rely on gas for heating.