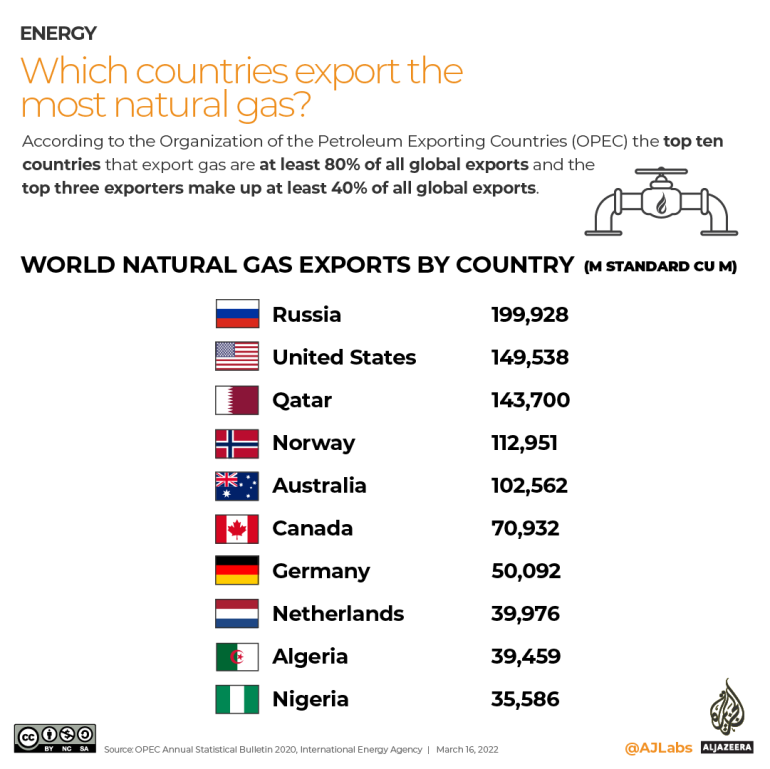 Qatar and Germany have signed a declaration to deepen their energy partnership, with a focus on trade in hydrogen and liquefied natural gas (LNG), as Europe’s biggest economy looks for alternative supplies amid Russia’s invasion of Ukraine.

Qatar’s leader confirmed that Doha plans to start supplying LNG to Germany in 2024 and described Europe as an “interesting” gas market.

“Qatar … in 2024 could definitely deliver 20-25% of Germany’s total gas consumption,” he told Al Jazeera, adding that the expansion project put the country on track to further increase global sales more generally in the coming years.

​​The North Field lies off Qatar’s northeastern coastline in the Persian Gulf and covers an area of more than 6,000 square kilometres (2,316 square miles), equivalent to about half the area of the country’s entire landmass.