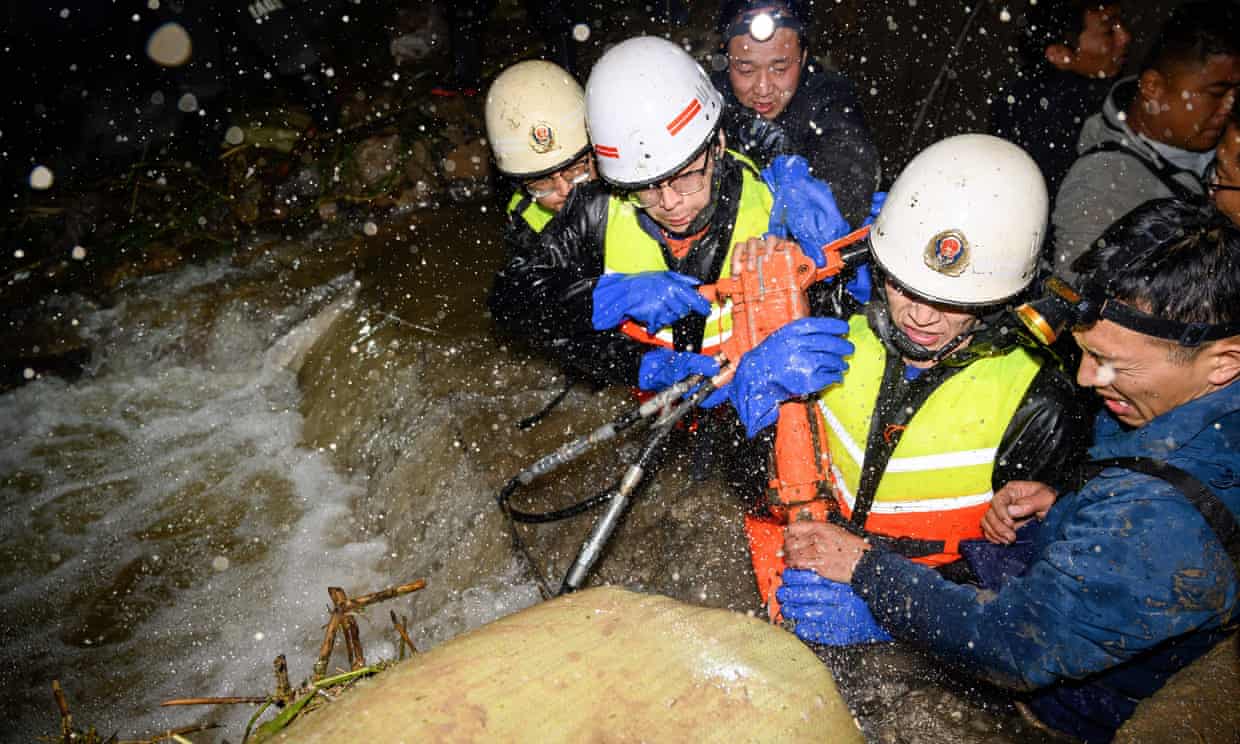 Taiyuan, the capital of Shanxi, recorded rainfall of 185mm, about seven times the pre-2010 average for October. Shanxi is a land-locked province SW of Beijing.

About 1.75 million people have been affected in total. Flooding has forced more than 120,000 people to leave their homes, destroyed 17,000 homes, forced the suspension of operations of hundreds of mines and damaged 190,000 hectares (470,000 acres) of farmland.