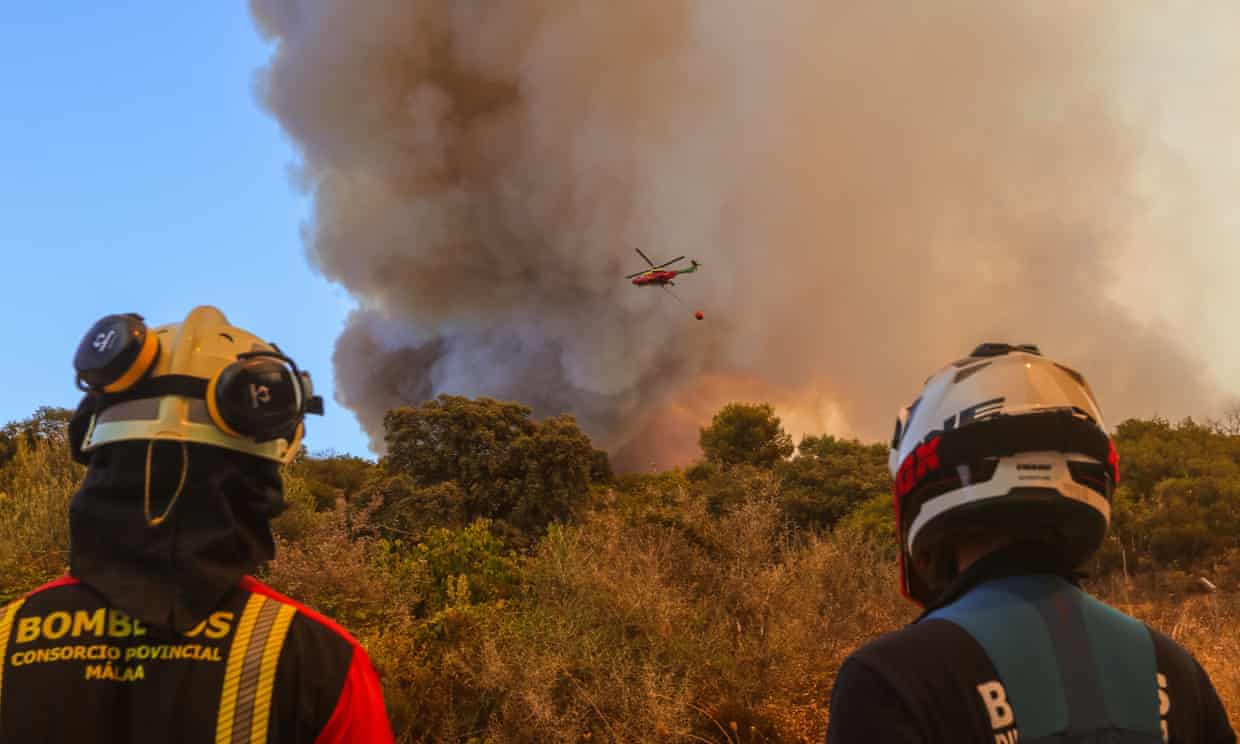 France, Portugal and Spain are among the European countries particularly affected, with temperatures of more than 45˚C (113˚F) recorded during a heatwave that is also sweeping the UK.

3,000 firefighters, assisted by rescue forces from Greece, are battling blazes in southern France.

Firefighters managed to contain one of the worst fires overnight, which had taken hold close to the Dune du Pilat in the Arcachon Bay area.

Efforts to suppress the blaze in Landiras – the biggest fire in the region, has so far been thwarted by “tough meteorological conditions”.

The two fires have burned at least 9,650 hectares (23,800 acres) of land in recent days, while more than 12,200 people had been evacuated from France’s Gironde region by this morning.

Portugal has recorded its first fire-related fatality this year after the pilot of a firefighting plane died on Friday when he crashed while on an operation in the north-east.

A “state of contingency” has been in effect since Sunday, with Portuguese state television RTP reporting on Friday that the area burned this year has already exceeded the 2021 total.

Five regions in the centre and the north – where temperatures hit 47˚C (117˚F) on Thursday – were again on red alert on Friday as more than 2,000 firefighters tackled four major blazes.

More than 160 people have now been injured as a result of the wildfires, while Portugal’s DGS health authority confirmed it had registered 238 excess deaths due to the heatwave between 7 and 13 July.

Spain is also struggling to contain several fires, including two that have burned about 7,400 hectares (18,200 acres) of land.

In southern Andalusia, 3,000 people were evacuated after a blaze started near the village of Mijas in the province of Málaga.

Firefighters have also been working to contain a blaze started by a lightning strike in the Las Hurdes area of Extremadura, which has forced the evacuation of 400 people from eight villages.

Croatia, Hungary and Morocco have also fought wildfires this week.