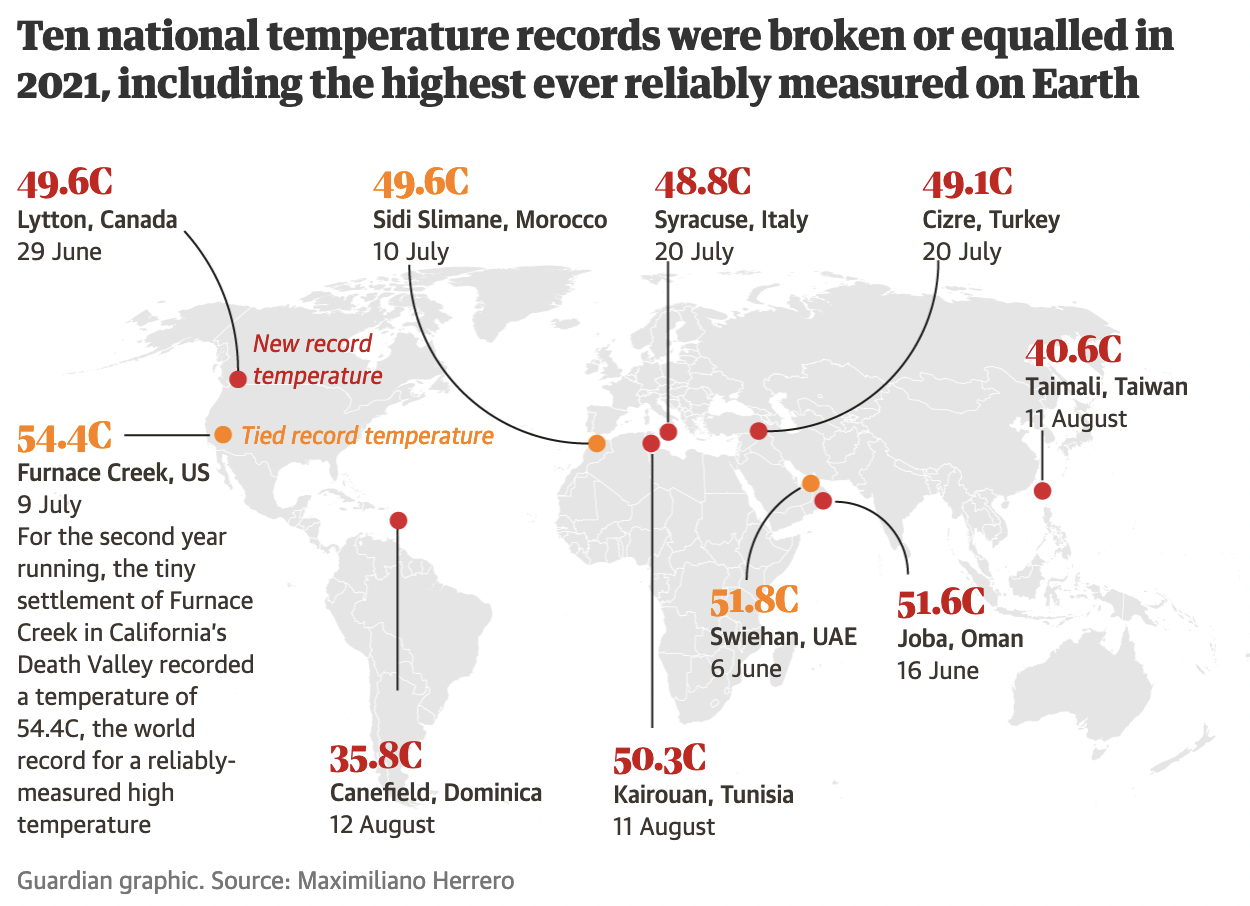 The past six years have been the six hottest on record.

More than 400 weather stations around the world beat their all-time highest temperature records in 2021.

Africa had its warmest June and September ever.

Two consecutive failed rain seasons in Kenya were unusual, and forced the government to organise for food aid for the first time in many years.

European summer heatwaves broke records in a number of countries – and were accompanied by wildfires around the Mediterranean.

Heat in Alaska in December broke records by a large margin.

Other key unusual weather events last year were the Siberian heatwave in the summer, and the deep freeze in Texas in February. Nearly 200 people died, millions of homes were without power, and the fallout led to huge political rows.

An extreme heatwave struck the US west coast in June and July that broke records by up to 5˚C in some places.