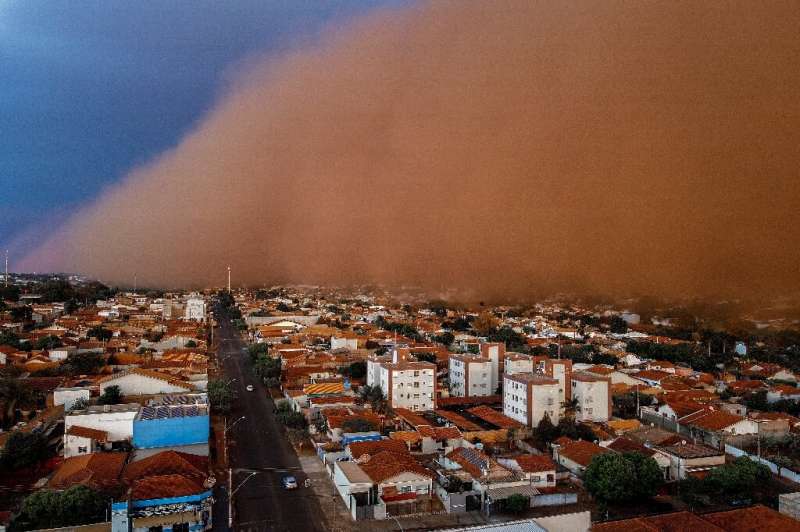 Scenes of huge orange dust clouds rumbling across the countryside—with winds of up to 100 kph (62mph)—have been seen at least three times since the end of September, terrifying residents in urban and rural areas of Sao Paulo and Minas Gerais states.

Brazil is facing its worst drought in 91 years, which has led to a critically low water level in hydroelectric reserves in the central-western and southern parts of the country, driving up electricity costs.

“In this century, every year has had record temperatures. There is more heat in the atmosphere, which has just been transformed into energy for extreme (weather) events: rain, storms, floods, but also drought, cold and heat, what has just been unleashed with events like these dust storms”.