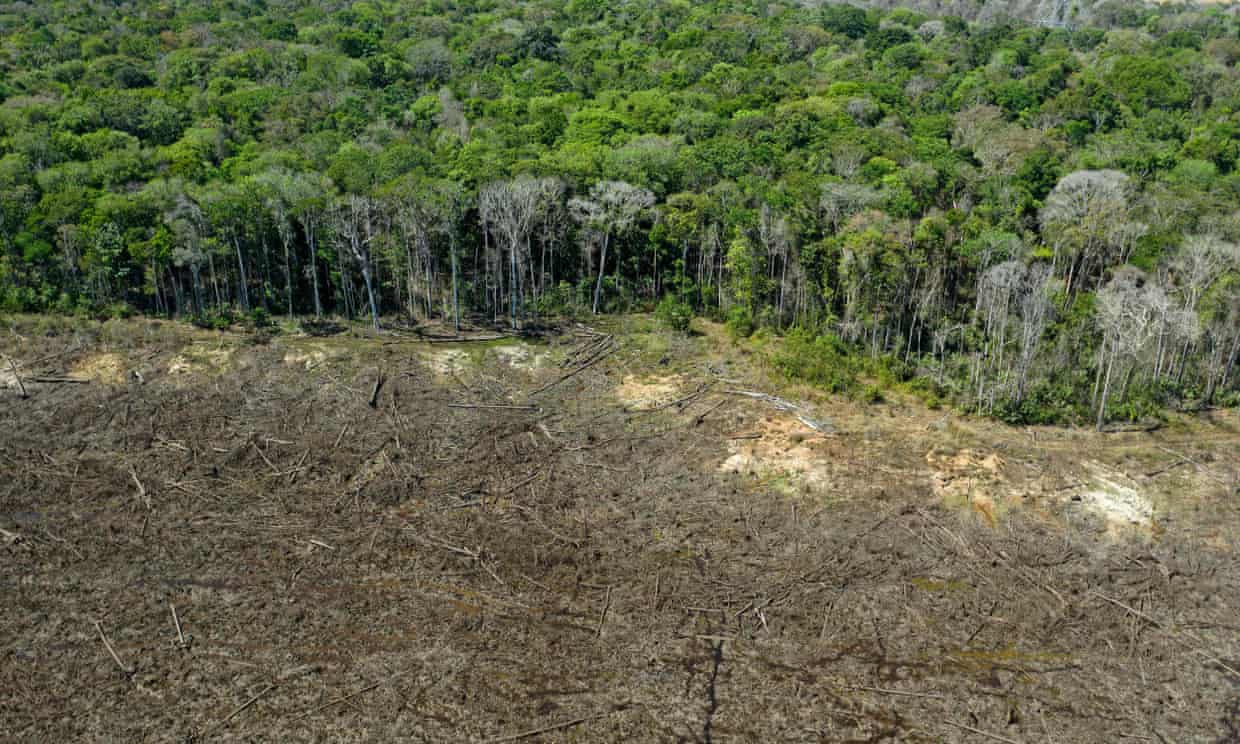 Carbon emissions from tropical deforestation this century are far higher than previously thought, doubling in just two decades and continuing to accelerate, according to a study.

The world’s forests form an enormous carbon store, holding an estimated 861 gigatons of carbon – equivalent to nearly a century’s worth of annual fossil fuel emissions at the current rate. When trees are cut down, they release the carbon they store into the atmosphere. Since 2000, the world has lost about 10% of its tree cover, becoming a major driver of global heating.

“Deforestation and forest carbon loss are accelerating. There is a massive gulf between where we want to get to and where we are going, which is really worrying,” says Dominick Spracklen, a professor at the School of Earth and Environment at the University of Leeds, who co-authored the study.

The increase took place despite commitments to slow deforestation, such as the New York Declaration on Forests in 2014, which aimed to halve deforestation rates by 2020.