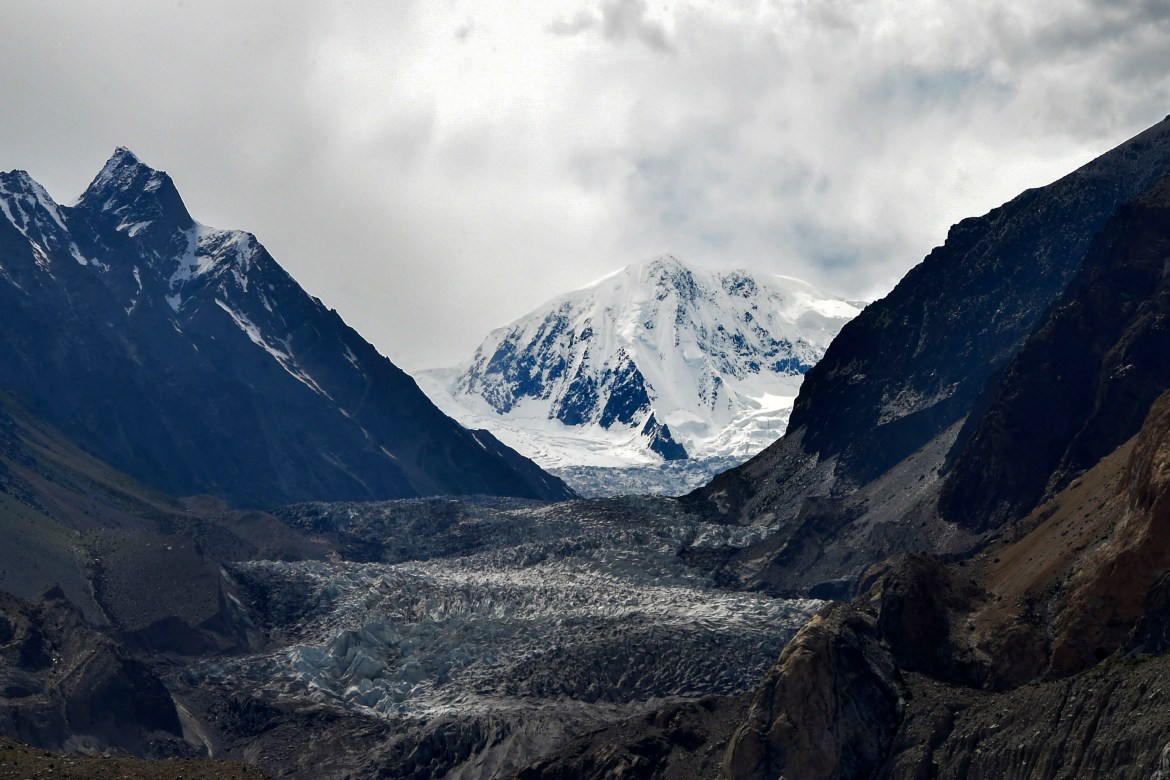 As dawn breaks over Javed Rahi’s mountain village, a loud boom shatters the silence and a torrent of water comes cascading down from the melting glacier nearby, followed by a thick cloud of smoke.

Rahi, a retired maths teacher, had been due to attend his nephew’s wedding the day the flood rushed through the village of Hassanabad in Pakistan’s Gilgit-Baltistan region.

“I expected women and children to sing and dance … Instead, I heard them screaming in terror,” the 67-year-old said. “It was like doomsday.”

The flood, which occurred as a heatwave gripped South Asia in May, swept away nine homes in the village and damaged half a dozen more.

The water also washed away two small hydro plants and a bridge that connected the remote community to the outside world.

Pakistan is home to more than 7,000 glaciers, more than anywhere else on Earth outside the poles.

But rising global temperatures linked to climate change are causing the glaciers to rapidly melt, creating thousands of glacial lakes.

The government has warned that 33 of these lakes, all located in the spectacular Himalaya, Hindu Kush and Karakoram mountain ranges that intersect in Pakistan, are at risk of bursting and releasing millions of cubic metres of water and debris in just a few hours, like in Hassanabad.

At least 16 such glacial lake outburst floods linked to heatwaves have occurred this year already, compared with an average of five or six per year, the Pakistani government said earlier this week.

The devastation caused by such floods makes recovery for affected communities an arduous task.

After disaster struck Hassanabad, Rahi and fellow villagers who lost their homes had to move to a nearby camp for displaced people.

Inside their makeshift tents are the few belongings they managed to salvage and mattresses to sleep on.

“We never thought we would fall from riches to rags,” Rahi said.

Pakistan is the world’s eighth most vulnerable country to extreme weather caused by climate change.

Floods and droughts in recent years have killed and displaced thousands of people, destroyed livelihoods and damaged infrastructure.

Home to more than 220 million people, Pakistan says it is responsible for less than 1% of global greenhouse gas emissions. Yet it remains highly vulnerable to climate change effects, dependent on climate-sensitive sectors such as agriculture and natural resources.