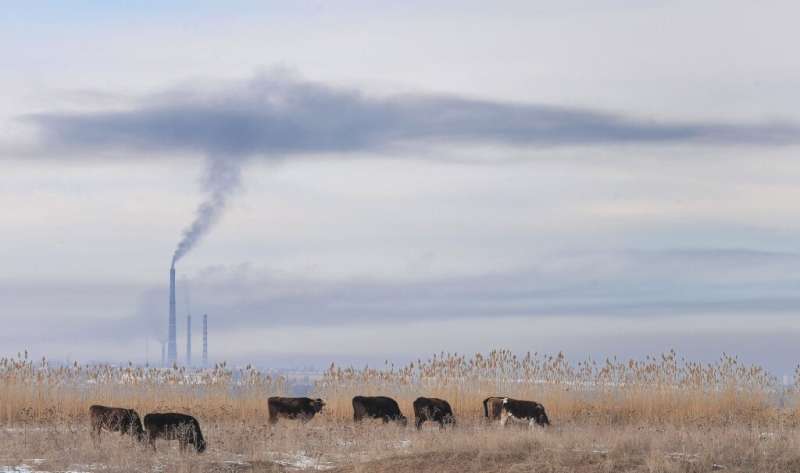 “We need drastic, radical emissions reductions, and on top of that we need some CDR,” said Glen Peters, research director at the Centre for International Climate Research.

There are basically two ways to extract CO₂ from air.

One is to boost nature’s capacity to absorb and stockpile carbon. Healing degraded forests, restoring mangroves, industrial-scale tree planting, boosting carbon uptake in rocks or the ocean—all fall under the hotly debated category of “nature-based solutions”.

The second way—called direct air capture—uses chemical processes to strip out CO₂, then recycles it for industrial use or locks it away in porous rock formations, unused coal beds or saline aquifers.

A variation known as bioenergy with carbon capture and storage, or BECCS, combines elements from both approaches.

CO₂ removal will be required for two reasons. Firstly, even if the world begins drawing down carbon pollution by 3, 4 or 5% per year—and that is a very big “if”—some sectors like cement and steel production, long-haul aviation and agriculture are expected to maintain emission levels for decades.

Secondly, the August report from the UN’s Intergovernmental Panel on Climate Change (IPCC) makes it alarmingly clear that the 1.5˚C threshold will be breached in the coming decades no matter how aggressively greenhouse gases are drawn down. CO₂ lingers in the atmosphere for centuries, which means that the only way to bring warming back to 1.5˚C by 2100, is to suck some of it out of the air.

BECCS was pencilled into IPCC climate models more than a decade ago as the theoretically cheapest form of negative emissions, but has barely developed since.

A peer-reviewed proposal in 2019 to draw down excess CO₂ by planting a trillion trees sparked huge excitement in the media and among gas and oil companies that have made afforestation offsets a central pillar of their attempts to align with Paris treaty goals. But the idea was sharply criticised by experts, who pointed out that it would require converting twice the area of India into mono-culture tree farms.

Also, planting trees to soak up CO₂ is fine until the forests burn down in climate-enhanced wildfires.

Among all the carbon dioxide removal methods, direct air capture (DAC) is among the least developed but the most talked about. Assuming investment of a trillion dollars a year starting now, DAC knocked off some two billion tonnes of CO₂ annually from global emissions by 2050 in models. But only when coupled with the most ambitious carbon-cutting scenario laid out by the IPCC was that enough to bring temperatures back down—after rising to 2˚C—to around 1.7˚C by 2100.

For David King, chair of the Climate Crisis Advisory Group, “Net-zero by 2050 is no longer enough. We must revise global targets beyond net zero and commit to net negative strategies”.