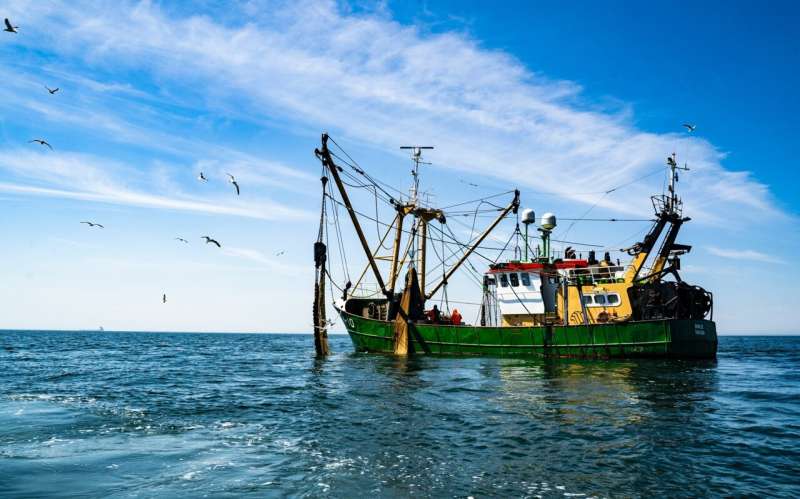 By 2080, around 70% of the world’s oceans could be suffocating from a lack of oxygen as a result of climate change, potentially impacting marine ecosystems worldwide.

The new models find mid-ocean depths that support many fisheries worldwide are already losing oxygen at unnatural rates and passed a critical threshold of oxygen loss in 2021.

Oceans carry dissolved oxygen as a gas, and just like land animals, aquatic animals need that oxygen to breathe. But as the oceans warm due to climate change, their water can hold less oxygen. Scientists have been tracking the oceans’ steady decline in oxygen for years, but a new study provides new, pressing reasons to be concerned sooner rather than later.

Rising temperatures lead to warmer waters that can hold less dissolved oxygen, which creates less circulation between the ocean’s layers. The middle layer of the ocean is particularly vulnerable to deoxygenation because it is not enriched with oxygen by the atmosphere and photosynthesis like the top layer, and the most decomposition of algae—a process that consumes oxygen—occurs in this layer.

“This zone is actually very important to us because a lot of commercial fish live in this zone,” says Yuntao Zhou, an oceanographer at Shanghai Jiao Tong University and lead study author.

“Humanity is currently changing the metabolic state of the largest ecosystem on the planet, with really unknown consequences for marine ecosystems,” he said. “That may manifest in significant impacts on the ocean’s ability to sustain important fisheries.”