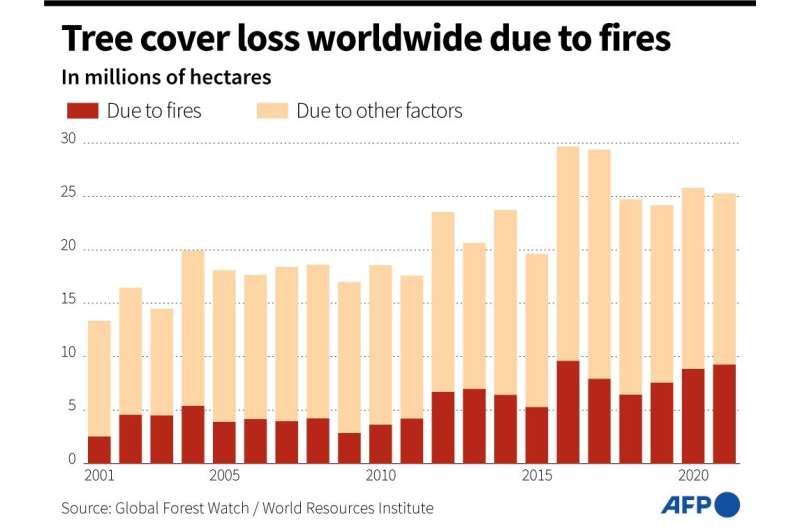 Forest fires supercharged by climate change are burning twice as much global tree cover as 20 years ago. The equivalent of 16 football pitches are now lost every minute.

Wildfires have progressed over the past two decades, with the blazes claiming an estimated three more million hectares each year—an area the size of Belgium—compared with 2001.

The majority of tree cover loss is occurring in the boreal forests that blanket much of Russia, Canada and Alaska, which are among the largest stores of carbon on Earth.

Data showed 2021 to be one of the worst years for forest fires since the turn of the century, causing 9.3 million hectares of tree cover loss globally.

The vast majority—some 70%—of fire-related tree cover loss over the last two decades occurred in boreal regions, likely because high-latitude regions are warming at a faster rate than the rest of the planet.

Fire is not the principal cause of forest loss in these regions, with deforestation and forest degradation the main drivers.