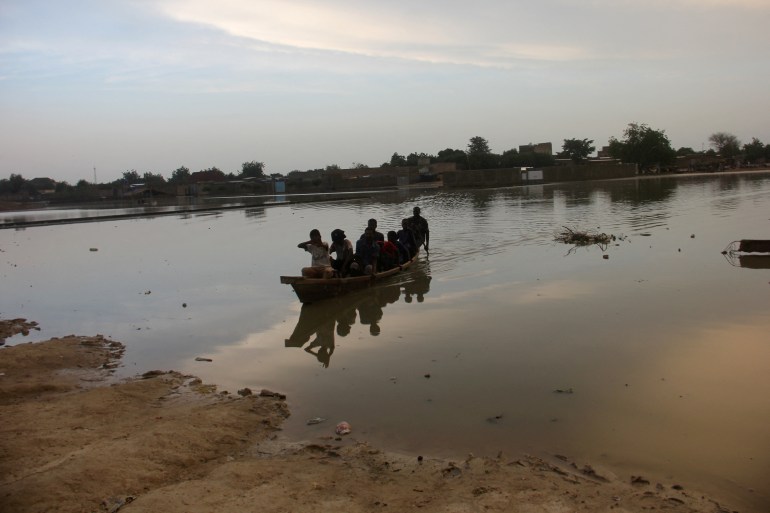 Chad’s heaviest seasonal rainfall in more than 30 years has left parts of the capital N’Djamena navigable only by boat and forced thousands to flee their flooded homes over the past month.

More than 442,000 people in Chad had been affected by the floods as of the end of August

Floods are not uncommon during the west African country’s rainy season, which usually runs from May to October in its central and southern regions. But this time, the rains came early and were more abundant, quickly overwhelming drainage channels and ponds.

In recent years, intense rainfall, land degradation and poor urban planning have led to more frequent flood disasters in the region, whose countries are among the most vulnerable to climate change.

Forty-one-year-old widow Caroline Mossédé said she and her four children had been sleeping at the 9th district school with no money for the past three weeks after their home collapsed in the flood.

“We are at the mercy of the mosquitoes. We have no food and some of us have malaria. Nobody is thinking of helping us, the authorities are watching us from afar as if we were migrating birds.”