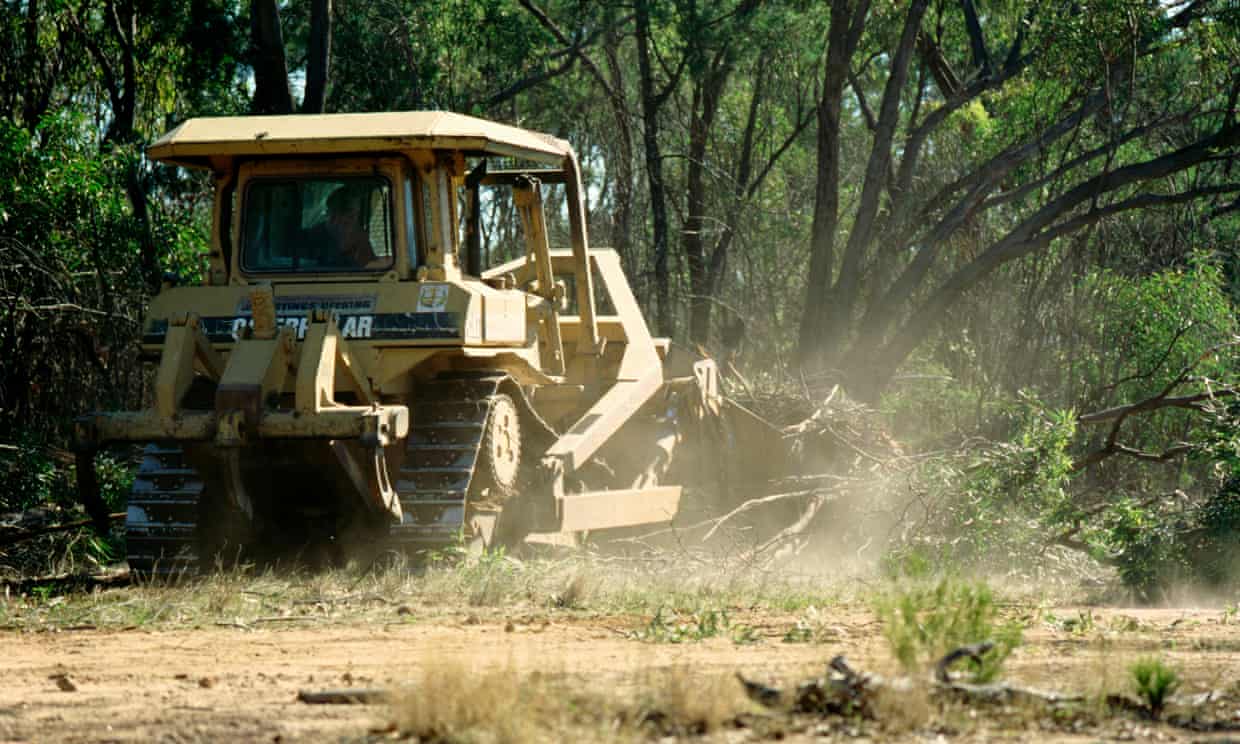 Queensland landholders are clearing the equivalent of about 1,000 Melbourne Cricket Grounds a day, including endangered ecological regions, according to state government data that raises new doubts about the accuracy of Australia’s carbon emissions claims.

The Statewide Landcover and Trees Study for 2018-19 showed landholders cleared 680,688 hectares (1.7 million acres) of woody vegetation, or about 0.7% of Queensland’s total.

About 84% of 2018-19 land clearing destroyed vegetation that was at least 15 years old, the new report said. The great bulk of the deforestation, or 88%, involved land with less than 50% tree cover.

Stuart Blanch, a WWF Australia conservation scientist, said the figures were “a real shocker”, deliberately released ahead of New Year’s Eve to stir up the least attention. The data also suggests Australia’s carbon emissions are worse than reported, he said. “We’re a massive land-clearing nation. Queensland has got the vast majority of it, and the vast majority of that is for beef.”

Glenn Walker, a senior campaigner for Greenpeace, said the Slats data was “extraordinary, horrifying figures” that showed Australia remained one of the world’s fastest deforesting nations.

“Behind these figures are millions of killed and maimed native animals like koalas and huge amounts of carbon emissions from burning and rotting trees,” Walker said. “Clearly the current laws aren’t working and the beef sector isn’t taking this issue seriously. This should be a huge wake-up call to act fast before we lose more precious bushland and wildlife.”