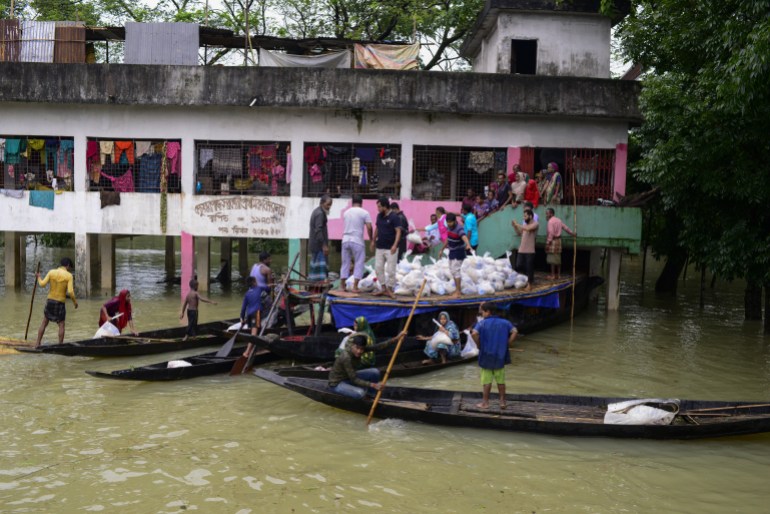 Floodwaters have inundated more of Bangladesh and northeast India, officials say, as authorities struggle to reach more than 9.5 million people stranded with little food and drinking water after days of intense rain.

Particularly heavy monsoon rain has brought the worst floods in decades in some parts of low-lying Bangladesh and India’s Assam state, killing more than 100 people over the past two weeks.

With rising global temperatures due to climate change, experts say the monsoon is becoming more variable, meaning that much of the rain that would typically fall in a season is arriving in a shorter period.

In Mawsynram and Cherrapunji, among the world’s wettest areas on the southern fringes of Meghalaya that overlook Bangladesh’s plains, more than 970 millimetres (38 inches) of rain was recorded on Sunday alone, according to the meteorological department.

“Four million people, including 1.6 million children, stranded by flash floods in northeastern Bangladesh are in urgent need of help,” UNICEF said in a statement.

Assam and neighbouring Meghalaya state have received 134% more rainfall than the average at this time of the year, according to data from the state-run India Meteorological Department.

Assam authorities reported 10 more flood-related deaths on Tuesday, bringing its total to more than 80, with over a dozen killed in landslides.