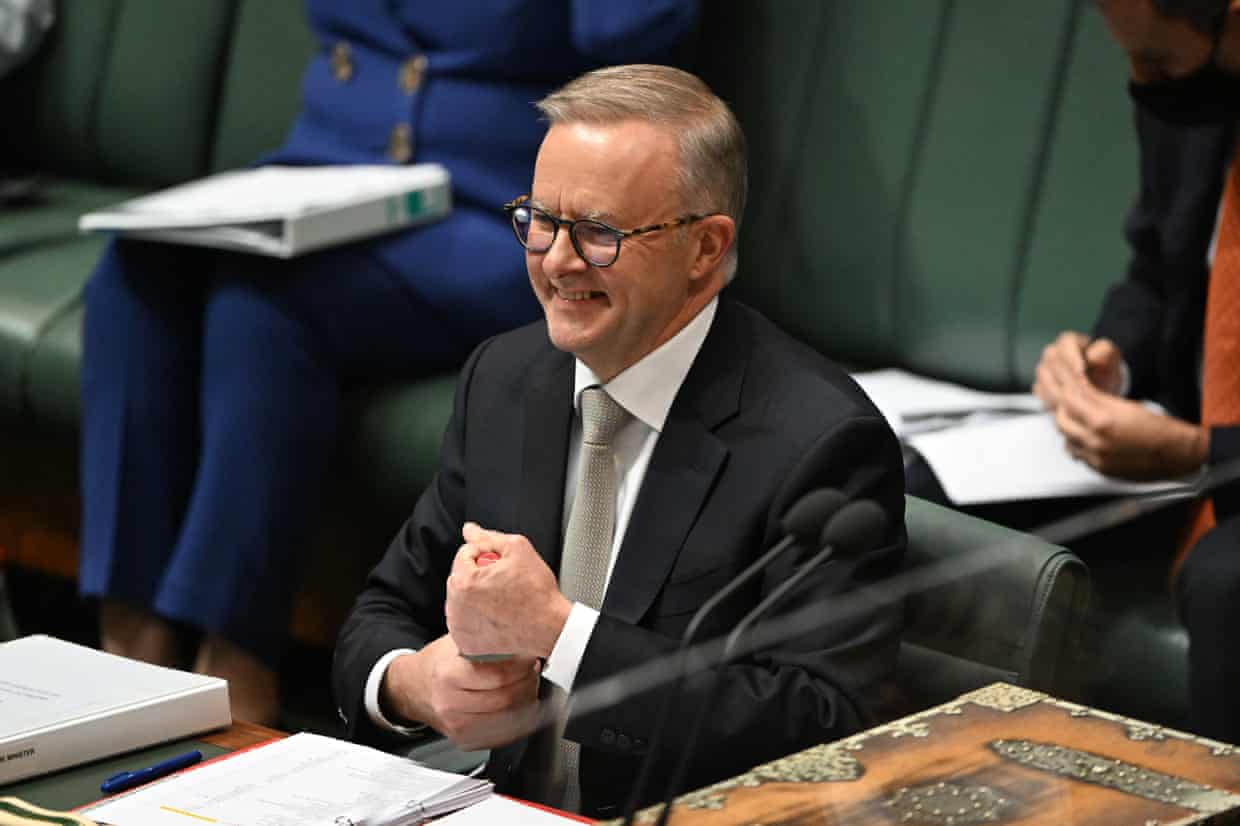 Supporters of Australia’s coal export industry have been arguing for the past decade that global greenhouse gas emissions would go up if overseas customers had to source coal from another country.

The rationale is that Australia’s coal exports are higher quality and cause fewer emissions.

Alongside the industry itself, those who have shot this coal-tipped rhetorical arrow include former prime ministers Tony Abbott, Malcolm Turnbull and Scott Morrison, as well as Queensland Nationals senator Matt Canavan.

This week the prime minister, Anthony Albanese, joined them.

Albanese was asked about calls to scale back coal exports. “What you would see is a replacement with coal from other countries that’s likely to produce higher emissions because of the quality of our product,” he told the ABC.

“It’s a meme and it’s disappointing and disturbing that the Albanese government has picked this up,” says Bill Hare, chief executive of Climate Analytics.

“It’s an argument that’s been pushed by the coal industry for as long as I can remember. When it comes down to CO₂ emissions it has never had much credibility.”

But is there any truth to the claim?

According to a report from Whitehaven Coal, which says the company exports “high-quality coal”, the difference in burning its coal in a power station compared to burning coal from Korea or China is about 4%.

What’s rarely discussed is that emissions from coal exports don’t only occur in the country where the coal is burned. Building new mines and expanding old ones will also see methane emissions rise.

Analysts have warned Australia’s coal mines could be leaking twice as much methane as is reported. Emissions of that potent greenhouse gas are not considered when the industry’s promoters talk about CO₂ emissions from burning coal.

But finding theoretical “savings” in emissions from promoting the “qualities” of Australian coal sent overseas is just fiddling in the margins, if those savings even occur.

Ampol has announced it is now offering “carbon neutral” petrol and diesel to business customers.

Ampol has already bought and retired as many carbon offsets as it thinks it will need (84,317 tonnes of CO₂ equivalent) to cover the “sourcing, refining, distribution, retailing and consumption” of the fuels.”

Less than half the offsets are Australian projects, with the rest including reforestation in China, landfill gas in Turkey and a coastal conservation project in Guatemala.

So is this an appropriate use of offsets?

“In a word, no,” says Polly Hemming, an advisor on climate and energy thinktank the Australia Institute.

“Ampol is a case study in the way carbon offsets are being used to delay decarbonisation.”

“Offsets don’t reduce emissions. At best they maintain the status quo. At their worst they’re part of a suite of PR tools to justify ongoing production and expansion of fossil fuels.”