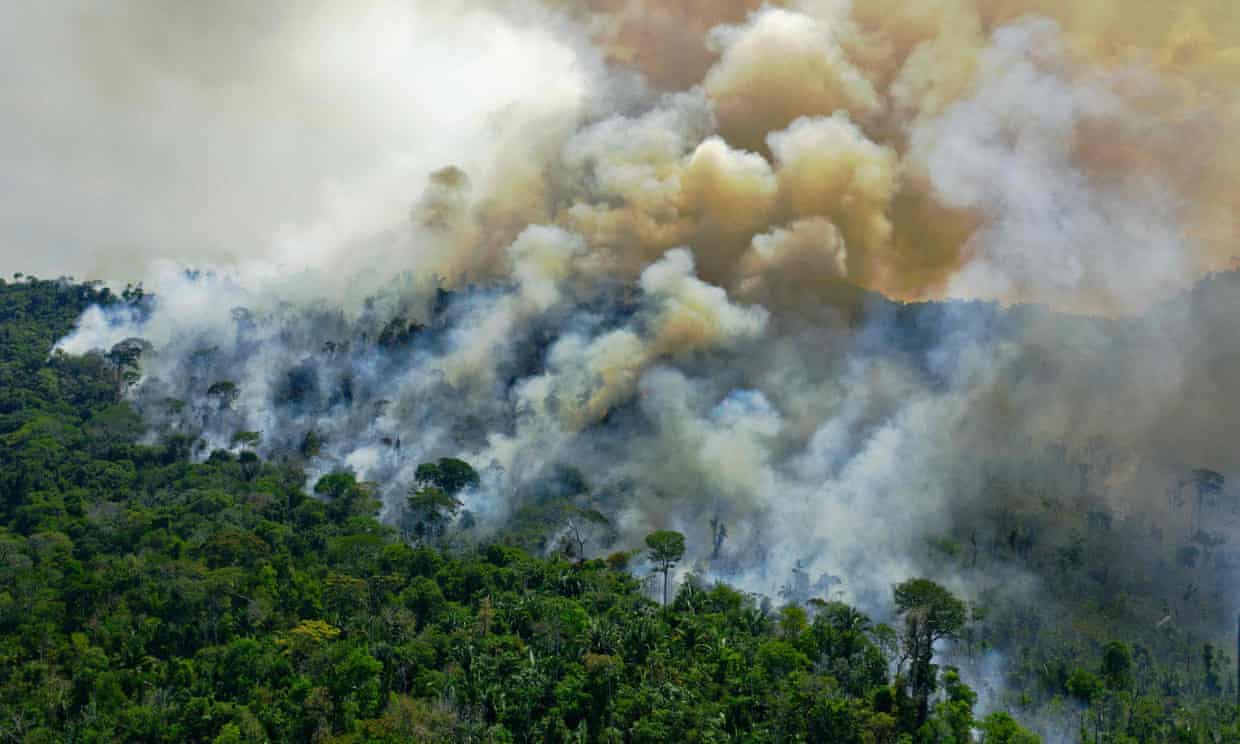 “The positive feedback, where deforestation and climate change drive a release of carbon from the remaining forest that reinforces additional warming and more carbon loss is what scientists have feared would happen. Now we have good evidence this is happening.”

Even without fires, hotter temperatures and droughts mean the south-eastern Amazon has become a source of CO₂, rather than a sink.