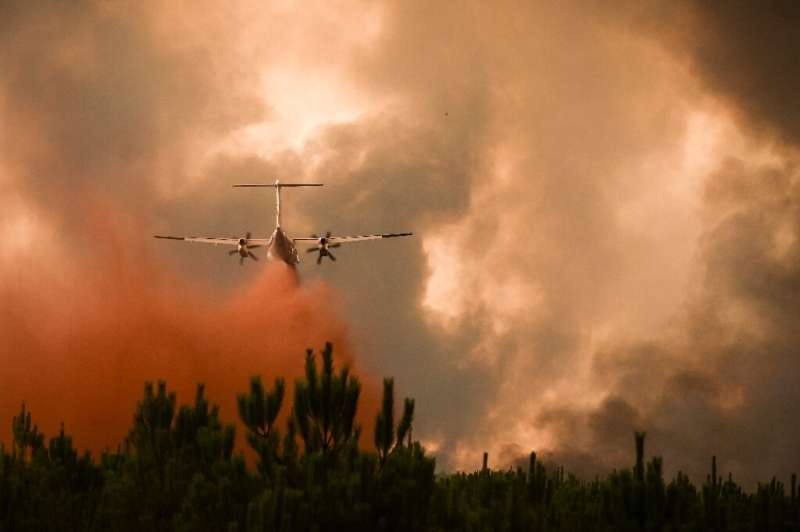 Blazes that have torched tens of thousands of hectares of forest in France, Spain and Portugal have made 2022 a record year for wildfire activity in southwestern Europe.

France had in the last three months reached the highest levels of carbon pollution from wildfires since records began in 2003.

France has received help battling the latest blaze—which is 40-kilometres (25 miles) wide and which forced some 10,000 people to evacuate the region—in the form of 361 firefighters from European neighbours including Germany, Poland, Austria and Romania.

Globally, 2022 is currently the fourth highest year in terms of wildfire carbon.